Aziz Ansari’s Master of None is not your usual romantic-comedy because usual romantic comedies often do not talk about your parents, your best friends or about how great or bad you are at your job. Master of None does all of this and more. What differentiates it from all other comedy films or even TV shows is that despite having a continuous plot, each episode works like an independent set; much like episodes in our lives might look like following an overarching narrative but they indeed are moments spent by us in a particular time and place. Both the seasons follow Dev Shah, a 30 something millennial New Yorker’s life. At a glance this seems like every dramedy ever, but here’s the thing: diversity is the key in this show.

Dev’s best friends are a tall white guy Arnold (Eric Warheim) and childhood friend Denise (Lena Waithe) who is black and is a lesbian. Dev is an Indian Muslim and this show tracks his job(s), relationships, parents and just about the daily issues of millenials who often find themselves at crossroads when it comes to decisions and experiences in life.  Season 1 is introductory, you get to know bit by bit about everyone who plays a part in Dev’s life. The most brilliant and path-breaking episode is the one with Dev’s parents where they have a dinner with his Taiwanese friend Brian’s father. We come to know about the issues migrant parents face, but they are charmingly dealt with: they are simply put and not thrusted upon as preachy memorandums. Aziz’s own parents natural way of talking and lack of acting skills add to the realistic, comedic and organic portrayal of parents. Master of None communicates issues and questions problems but it does it the way we often do it in our lives: brings it up in a restaurant conversation, while watching TV or while going to sleep. To top all of it, Dev is a struggling actor and we get to see Hollywood through the minority’s perspective: racism and sexism are both dealt with in sardonic and nuanced ways.  Women have their own parallel plots running alongside Dev’s life, and more often than not the scenes pass the Bechdel test.  Dev and Arnold as men challenge hegemonic masculinity in different ways: they do struggle at times to keep up with the conventional ideas of what it takes to be a man but as daily life passes by, they unwittingly challenge perceptions.

Season 2 is much more mature, developed, nuanced and what it also brings to us is more cinematography and develops on a trope and makes it a major backdrop: food. Food is an important part of both the seasons and we see Dev in Italy learning to cook pasta, but it is also got to do with showing experiences beyond America (how Dev’s idea of spending some me time is classic American and the Italian friends find it lonely!). Food becomes Dev’s map to different places, it becomes a distraction from problems in life and even becomes a profession. The problems women have to face in patriarchal setups are taken up even in this season. Season 2 is sprinkled with many important episodes: Denise’s sexuality and family is beautifully explored, different racial experiences with various intersectionalities are presented but they never seem to have a distant appeal. They are living and leaving, breathing and sleeping and are quite close to us; their problems are explored the way they  come in lives: unexpectedly, routinely and often without noise. Ample references to Italian cinema, Italian food and Italian people are made throughout the season; the cinematography of the first episode is reminiscent of Italian New Wave Cinema, especially there is a direct homage paid to Bicycle Thieves in both content and recreation of scenes. Only here Dev is fighting a first world problem and is struggling to speak in Italian. He struggles to find love in this season too, and takes recourse to the messiah of modern romance: the dating app. This brings in a variety of experiences that would not be alien to most of its viewers. 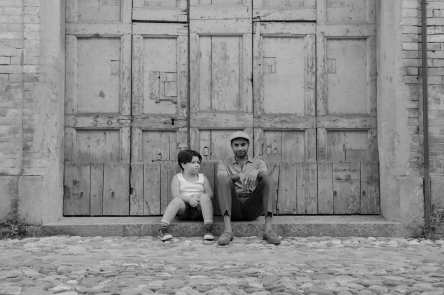 What makes it unique is that it is very close to our lives not necessarily in content but in the manifestation and depiction of it. The softness, low-key attitude of the show is a very interesting way to depict daily soft to direct racism, sexism, homophobia, relationship troubles and at the same time to bring in the stories of those characters you have often seen in the background or have never been made privy to: make-up artist, receptionist or even a cookery show host.  It makes us cognisant of the diversity of experiences we often miss out on when we take account of the world; it sifts through the creamy layer and shows what’s beneath the surface.  Master of None should be watched not because it has path-breaking humour, because humour is subjective and there’s a particular brand of comedy Aziz Ansari presents to us which might or might not appeal to everyone. Filled with non-sequiturs, frequent improvs , awkward, deadpan and stilted expressions seems like a stylistic choice for portraying daily life routineness and absurdity which might come out as just weak acting to many. Nonetheless, its relatable quotient, poignancy and the very diverse premise makes it a master of storytelling.

A house of cards is an expression used for describing both literal and abstract arrangements, fragile but precariously built. One incorrect move, a whiff of air and the house crumbles.  Post five seasons, the Netflix US series House of Cards has managed to keep itself intact whilst slowly disfiguring at times in parts. Beau Willimon, who also wrote The Ides of March, revamped the UK miniseries into a political thriller reminiscent of Shakespeare’s Macbeth, but only here each season has strove to keep the protagonists alive, and many a Duncans dead. What is striking is that this political thriller is not only about politics, but most of the times works like a fascination about what politics could be if the strings are played ruthlessly. Kevin Spacey plays Frank Underwood and Robin Wright is on the screen as Claire Underwood, both power hungry, bodies of mean politicos and ruthless ambition.

In four seasons, Frank goes from being a Whip to POTUS, and Claire takes her own course of action to become his running mate. What is more interesting is how many other plot points are introduced to complicate the lives of these Machiavillean characters, and also to make us ponder upon the uses and the spaces of transgression power and privilege allows.  House of Cards is not only a story of hunger for power, it is also a story that includes happenings like polyamory and sexual fluidity.  In each season, our two protagonists are shown to straddle between their want of power and their need for pleasure and how the latter often comes due to the former in ways that would be deemed as transgressive and illicit: the three-way scene with Edward Meechum in the first season, the ambiguous history with Tim Corbet and the latest development with Eric Rawlings as his personal trainer. Though the relationship with Tim Corbet can be seen as something outside power, and hence never fully resolved, the relationship with Meechum and Rawlings has less to do with love or any emotion of reciprocating attraction, but  is a different kind of manifestation of power: a powerful man can do anything, have anything. Transgression of and with a powerful person also works as a transaction- a transaction of trust. When the trust is breached, or the transaction is made emotional, it is terminated or deferred. Similar resolution occurs for Tom Yates and Claire Underwood, when the needs-wants arrangement exceeds itself.  Journalists, other important intermediaries like Doug Stamper, are shown to be so good at their job that they are ultimately bad. Everyone in the show has a power streak but either it is not enough or it is connected with someone more powerful than them. Divided journalism, blind loyalty to power and hierarchies within the Oval gives every small element their own scent of power and that is what the two protagonists capitalise on from the first season. If someone wants to be a governor, someone wants to be a president, someone wants to be the Chief of Staff or in case of even Claire Underwood: someone wants to be vice-president. The most conniving of the lot knows what people want before they express it, and in return of giving them that, the conniver consolidates her/his position. Anyone who decides not to want it anymore or is too innocent to have it in the first place becomes inconsequential: characters like Jackie Sharp, Heather Dunbar or even Walker, the president whom Frank replaces become exemplary of this. 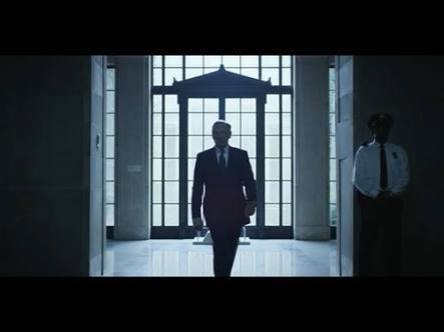 Ultimately, HOC is a story of how within the power matrix, every emotion can become a manifestation of power, a deviation or an acceptance of it. Cinematically, Frank’s breaking of the fourth wall is a reminder of the gaze of the powerful. It is resonant of how Tony Davies  talks of men in political thrillers: “In Thrillers, men pursue, hide, threaten, fight, kill; but more than anything, they look.” Claire Underwood’s character organically builds up to take slowly away from this man’s look and add to her own, Lady Macbeth seems to want what Macbeth wants but this time, it is for herself.  She is subtle, more grounded, a seething silence emanates even from the costumes and her gait; she is the most unreadable character (even the new character of Jane Davis says so!). The mise-en-scene is filled with very uniform colours, uniform costumes; in shades of blue, white and black, one wonders if cold war was physically manifested, this is what it might look like. Everyone looks like a uniformed army pursuing different goals of power. The characters devote a lot of time in how they look on the outside (how when the cards are crumbling they resort to different modes of workout!) to hide the machinations of the inside. This is even done through the cinematography: use of symmetry, dark lighting, no simultaneous panning and tilting of the camera which works to give a feel of constant calm within the storm. Though five seasons for the want and hunger of power can be quite tiring, the dark humour of the show has lessened as each season has passed by, and the episodes in Season 5 at times almost feel like a child’s race for class monitorship, it somehow fits well with the current scenario in the US: power can make people seem irrational in their rational best, you feel tired with the extent people can go to for power. But at the same time you root for them, you still want to see whether they fall, whether this house of cards will crumble someday. It is our fascination and intrigue for ruthless ambition but some idealistic silent trust in the fall of evil that the show exploits, and with power being transferrable if not extinguishable, you will want to see if and when someone replaces the people who seem to know more than the American people about what they want, and what makes America great.

Here is a video of one of our courses. Hope you like it.

The Hindu  has featured articles about the Workshops and Courses offered by us.

Find the links below. 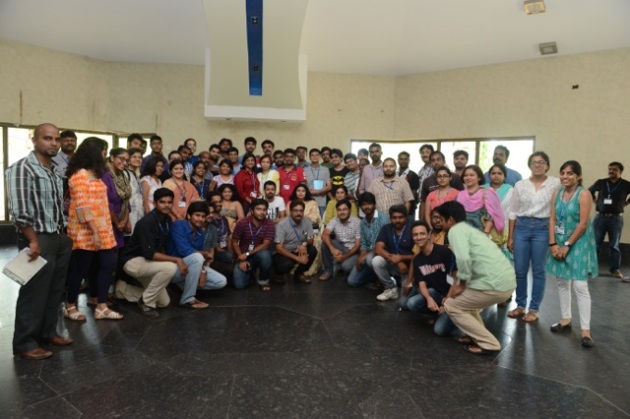 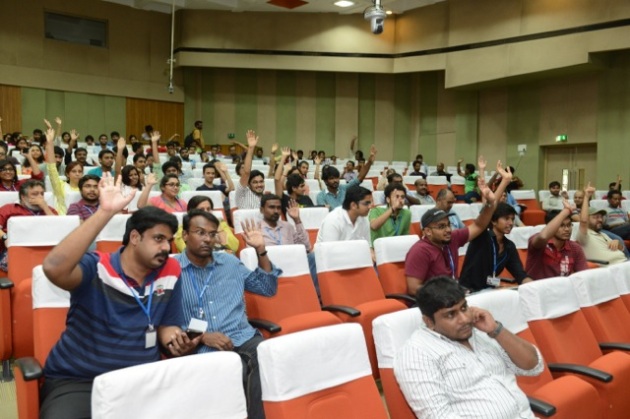 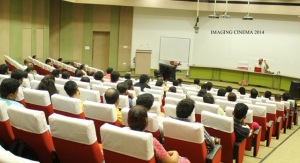 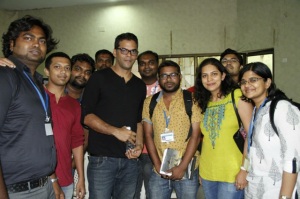 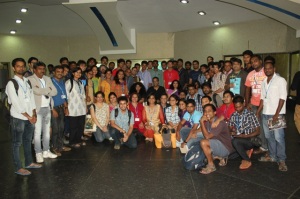 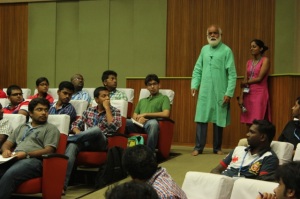 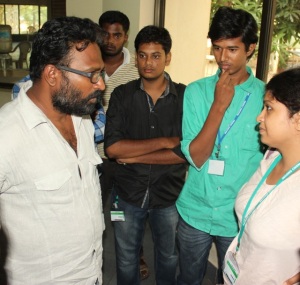 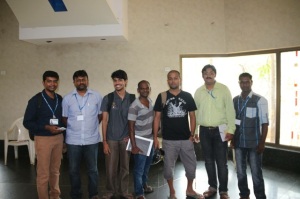 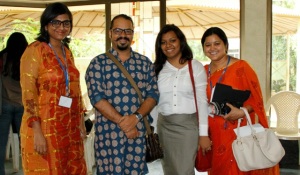